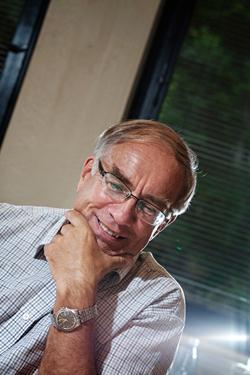 Methods
A total of 5971 occupationally active people aged 44–58 years participated in the Finnish Longitudinal Study of Municipal Employees (FLAME) in 1981. Perceived work ability relative to lifetime best was categorized as excellent, moderate or poor. In 2009, the ability to perform activities of daily living was assessed among 2879 respondents (71.0% of the survivors). Mortality data were available up to July 2009.

Results
At the 28-year follow-up, 1918 of the 5971 participants had died and 1403 had some form of disability. Rates of death per 1000 person-years among white-collar men were 7.7 for those with excellent work ability, 14.7 for those with moderate work ability and 23.5 for those with poor work ability. Among blue-collar men, the corresponding rates were 15.5, 20.2 and 25.3. In women, rates ranged between 6.3 and 10.6 per 1000 person-years. The age-adjusted hazard ratios (HRs) for mortality were two to three times higher among blue-collar male employees with lower work ability than among white-collar male employees with excellent work ability in midlife (i.e., the reference group). The odds of death or disability at follow-up compared with whitecollar workers with excellent work ability were highest among blue-collar employees with poor work ability in midlife (odds ratio [OR] 4.56, 95% confidence interval [CI] 2.82– 7.37 for men; OR 3.37, 95% CI 2.28–4.98 for women). Among the survivors, similar but slightly lower risks of disability 28 years later were found.

Discussion
Perceived poor work ability in midlife was associated with accelerated deterioration in health and functioning and remains evident after 28 years of follow-up.